PSALM has expertise on a range of issues relevant to those in or approaching their 3rd and 4th age.  We also have experience in designing seminars and short courses that can equip congregations and church leaders to respond creatively and sensitively to the ageing of our population.

These are examples of some of the subjects we address in our workshops:

PSALM runs workshops several times a year in central London but could also design and deliver a seminar for your group, e.g. for your congregation, synod or chapter.  We have a catalogue we can send to you, which gives details of all the workshops we offer.  This information is also available to read online here. 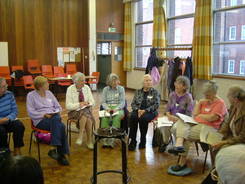